Inside the Church of St John the Baptist

Inside of the Church you will see the larger space that would have been used as the schoolroom, and beyond into the present Sanctuary. The crucifix hanging from the roof was once part of an ornate rood screen that was positioned just in front of the main altar steps and thus separated the Sanctuary from the rest of the Chapel. The Chapel’s original hand carved oak benches are those at the front. Each one is different, and the emblems include those of Bishop Thomas Walsh, and Lord Shrewsbury. Bishop Walsh was a great supporter of Pugin’s work in the Catholic Midlands. 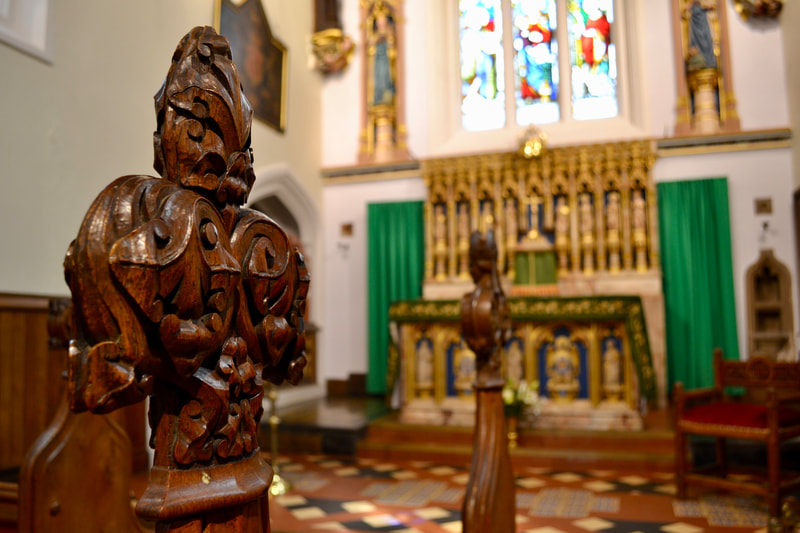 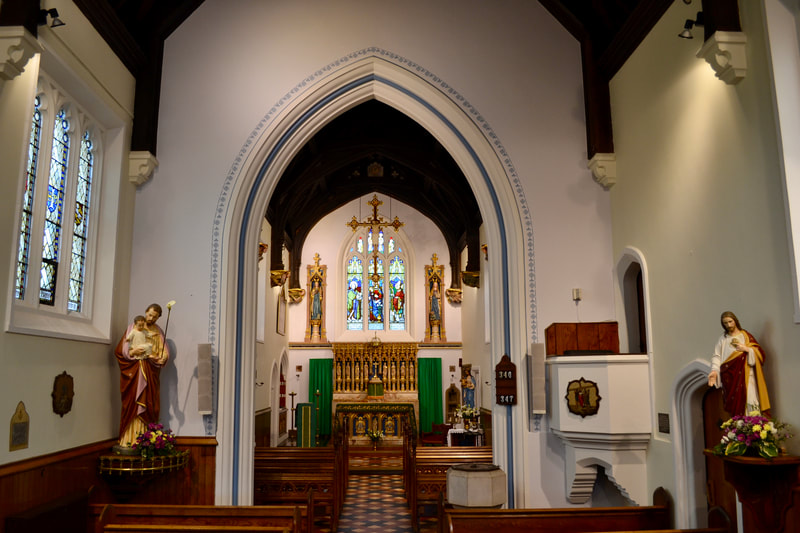 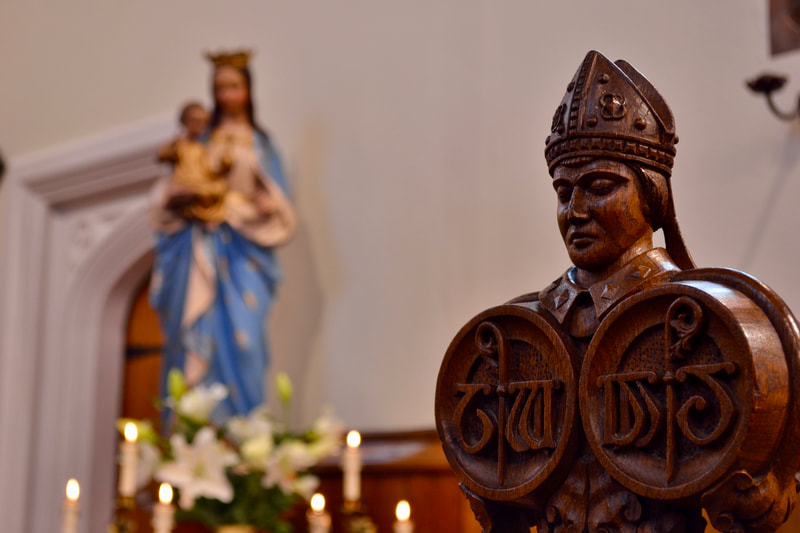 The original stone high altar has been brought forward from its original position on the back wall. The front facing images in its recesses represent the Blessed Virgin and Child, flanked by St John the Baptist and St Alban. The eight smaller images on the back wall represent some of the Apostles holding emblems of their martyrdom. In the centre is the Tabernacle where the Blessed Sacrament is reserved. 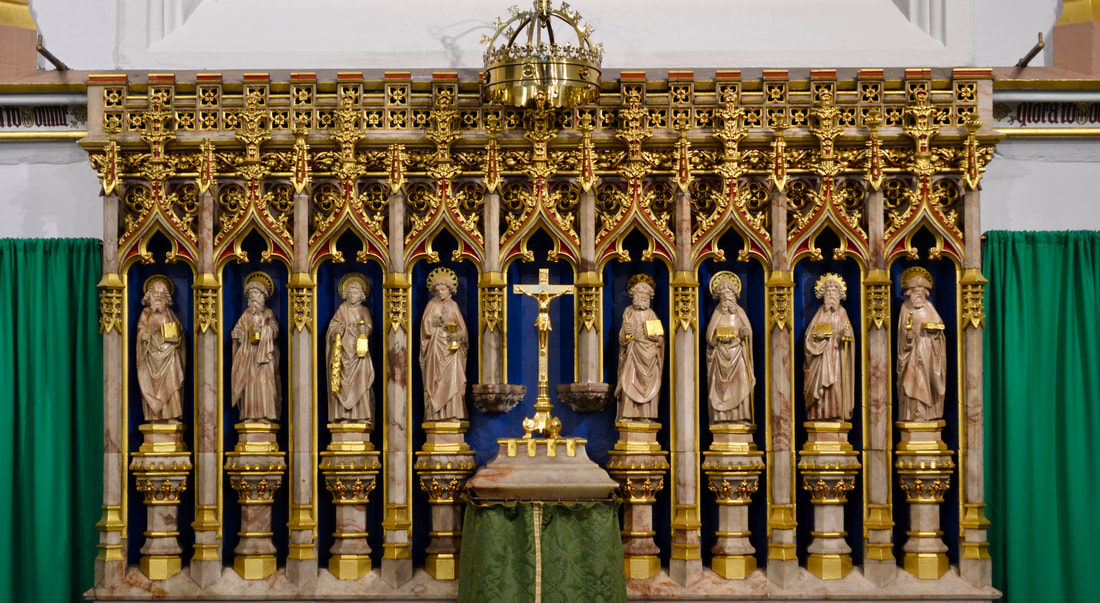 With the exception of the west window, which is Paul Woodroffe (1875-1954), all stained glass in the nave was made by Thomas Willement (1786-1871) to Pugin’s design. The windows above the altar depict St John the Baptist and St Nicholas on either side of the Blessed Virgin Mary, who is shown nursing the child Jesus. On either side of the windows are images of St Barbara and St Catherine. The west window, partly hidden by the organ gallery, depicts the Patron Saints of England, Ireland, Scotland and Wales.

On the floor, to the left of the stone altar, is the tomb of John Talbot the XVI Earl of Shrewsbury who died in 1852. His widow, Mary Teresa, who died four years later, is also interred there.