It was the 1830s and John XVI, Earl of Shrewsbury, having completed the building of Alton Towers, now turned his attention to the needs of the people on the other side of the valley. Both Pugin and the Earl were determined to do something to alleviate the suffering of the people of the village. And so plans for a Catholic ‘hub’ were drawn up in 1839 which included a hospital, chapel and a school for poor children. 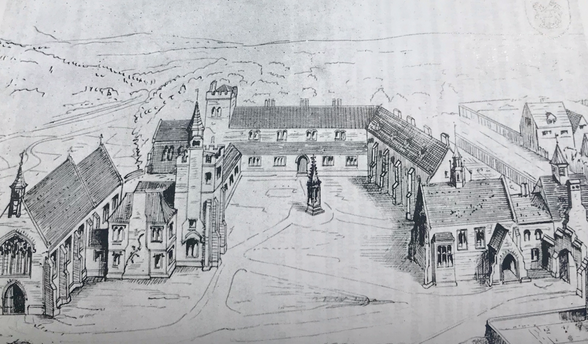 A sketch of the Catholic complex as perceived by Pugin.
This hospital was built in 1840 within the precincts of the old medieval Castle on the most beautiful part of the site overlooking the Churnet Valley. The building forms three sides of a square and is in Tudor Gothic style. Inside the present church the school was separated from the a Chapel by a stone arch and large doors, the hinges of which can still be seen today. The benches had wooden flaps and were used as desks for the children as well as pews for Mass - which up to 1840 would have been heard in the chapel at Alton Towers. Lessons were taught from the pulpit. Pugin insisted on using a wooden floor in the church, rather than the traditional stone, as it would have been too cold for the barefooted children to learn. The simple plan of St John’s - essentially an aisleless nave and chancel - served as a model for Pugin’s country churches, and was widely imitated by other architects.

The buildings, bar the Castle, were bought from the Towers Estate during the First World War and when the debt was eventually paid off in 1932 the Chapel was consecrated and became a Church in its own right.

The site has seen many uses since its conception, being a Convent hosting the Sisters of Mercy, who ran a school within Alton Castle and a local Primary a School, St John’s. The main building is now used by the Kenelm Youth Trust (KYT), who run Alton Castle as a residential activity and retreat centre. The Convent is the home for the many Gap Year volunteers who work with the KYT. You can find out more about their work on their website here. 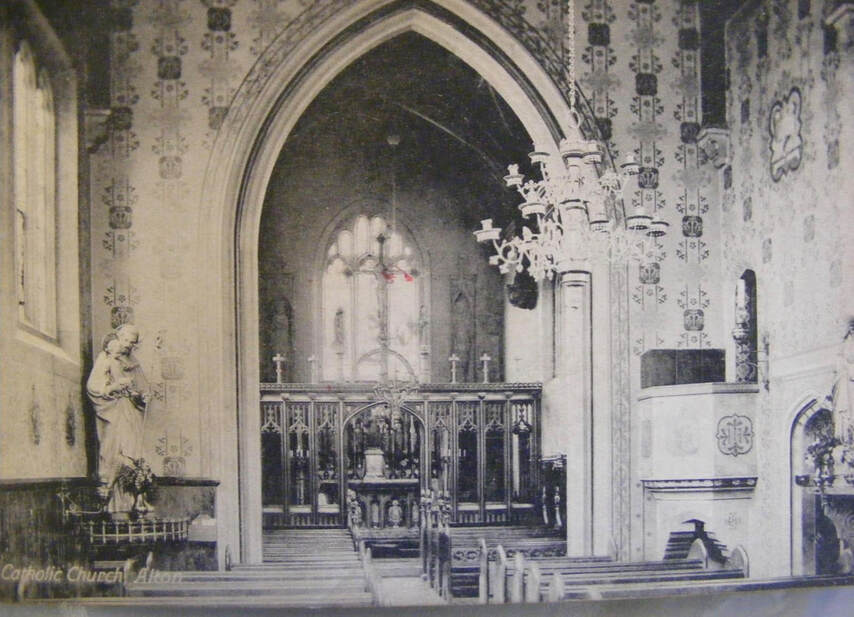